This is the year of the tough dirt chicks.

First, in late February, it was Jenny Anderson, mother of three and Spanish teacher, who took on the 506.8 mile Camino Del Santiago in Spain. With the support of her family and school, she took two weeks away to run/hike and experience the rich history of the trail and set a women's speed record in the process. She endured snow storms, rain, cold, no sleep, and injury to complete her pilgrimage in 9 days, 5 hours, and 29 minutes. 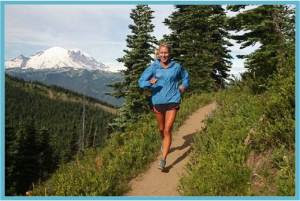 Then it was Anne Lundblad. Anne is a mom and full-time counselor at Warren-Wilson College, and a previous JFK 50 course record holder and World Cup 100K podium finisher. She took on the 77-mile Foothills Trail in South Carolina in April and set the women's Fastest Known Time (FKT) in 20 hours and 47 minutes. 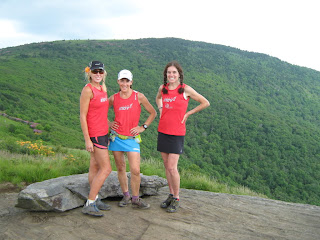 Jenny, the legendary Rebekah Trittipoe, and Anne after setting the women's FKT on the South Beyond 6000 summits in 2009

Next, it was Jennifer Pharr Davis. I followed Jen on her quest to set the FKT on the Appalachian Trail this summer by reading excellent blog updates written by her hubby, Brew. Jen had previously set the AT women's speed record of 57 days in 2008, and this time she beat Andrew Thompson's 2005 record by a day to finish in 46 days, 11 hours and 20 minutes. Jen sums it all up in a very moving and personal tribute to the trail and her husband here. 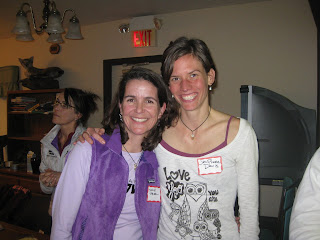 Finally, just last Saturday, my blogger buddy Ronda Sundermeier (also a mom) fulfilled her dream of becoming a Leadwoman, which means she completed both the Leadville 100 Trail Race AND Mountain Bike Race, as well as the Leadville Marathon, 50 Mile trail Race and the Leadville 10K, all within a span of 7 weeks. And did I mention this was all at altitude? What is really impressive is that Ronda had no previous endurance biking experience, so she went way out of her comfort zone to learn the basics of endurance biking in order to achieve her goal. 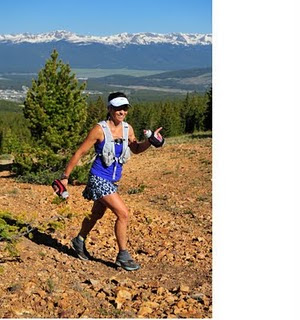 Ronda, all smiles at the Leadville 50

I am in awe of these women. They looked their respective challenges in the eye and took them on with grit, grace, and guts. One of my goals for 2011 is to take a chance at failure, and these women took that risk, and then some. In fact, I was so inspired by their feats that I decided to take on a little multi-day challenge of my own in the next few weeks, just to see if I had a fraction of what they have in guts and perseverance.

p.s. It is fitting that Rebekah Trittipoe shows up in two of the pics. Rebekah is one of the toughest dirt chicks I know. She is a previous FKT owner of the Allegheny Trail and SB6000, as well as being a consistent source of wisdom for female ultrarunners as well as her high school cross country runners.

photos from the blogs of Jenny Anderson, Ronda Sundermeier, and SB6000
Posted by Sophie Speidel at 9:12 PM 10 comments: