"You wouldn't have wanted it to be any different!!" David Horton yelled, just as I was approaching the finish of my 8th Hellgate 100K.

"You wouldn't have wanted it to be ANY different!!" he yelled again, just in case I had not heard him.

Oh, I heard him. Loud and clear. And, he was right. Despite my declaration that I would "never start Hellgate if it was raining and in the 40s," here I was, a little over 15 hours after starting, at the Hellgate finish line, soaked to the skin due to sleet, snow, and cold, hard, drenching rain. How did that happen?


The start itself was lovely. Temps were in the mid-30s, there was no wind, and the trail was dry. David had warned us the preceding week that we were finally going to experience true "Hellgate weather" after years of perfect conditions. In fact, in the 11-year history of the race, this was the first "Precipitation Year" where we actually had wet stuff falling from the sky. Race week prep included trading Facebook posts about good waterproof jackets and shoe choices in addition to all the usual hand-wringing. But as we were climbing up Petite's Gap to the top of the Blue Ridge Parkway, it seemed like all the fuss about the weather had been for naught.

Not so fast. At around mile 12 and 3:00am, as we were climbing up to Camping Gap aid station, the sleet began to fall, followed by the snow. Huge, fluffy snowflakes covered the Promise Land section of the course. It was magical.

What I love about running in the snow in the middle of the night is that the trail is lit up, reflecting off my headlamp, and I only have to follow the footsteps in front of me...no worries about going off course! Fresh snow makes everything very quiet and serene, and I was having a wonderful time playing around in it, especially while descending the rockier sections---it made descents much easier, too.

It snowed for about 3 hours, and then, 4 inches later, it was over. But not for long. At around mile 35, the predicted cold rain started to fall. Hard. George Wortley took a great video of the race which shows how bad the weather became here. I was very happy running in just my Patagonia Cap 3 Zip Top, and didn't need to put on my Marmot Precip jacket until about two hours to go, when it started to become drenching. I had been making great time through the Devil Trail at mile 35, but the rain, combined with tired hip flexors (due to the slip, slip, slip-ping on the snowy ascents) started to take its toll. Megan Stegemiller and I came into Bearwallow Gap (mile 40) together in 3rd and 4th place, and as I ate my half a hamburger on the climb out, she and Amy Albu ran past me on the steepest uphill of the race. Yowza! That was some impressive running by Amy, a veteran ultrarunner, and Megan, a rising star in the sport. I was now holding on tightly to fifth, which (to me) is the same as being top 3 anywhere else.

The Forever Section through Day Creek is typically my undoing at Hellgate, but this year I made decent time and was still running at sub-15 hour pace. The creeks were overflowing, the leaves were slippery and slimy, and the rain was flippin' cold. Eating and moving well were the best strategies to get through this section in one piece. I was happy with my fueling plan---I needed to take in at least 3500 calories throughout the race and was using a mix of Perpetuem, Clif Bloks, Hammergel, eggs and the half burger. At the top of the Blue Ridge Parkway, with only 3 miles to go, I looked at my watch and it read 2:30. Typically this descent takes about 30 minutes, but not this year. My trashed hip flexors and cold hamstrings made sure of it. When I rounded the last corner in Camp Bethel, saw the clock read 15:07, and heard Horty's booming welcome, I laughed. The weather was so ridiculous, and yet so perfect for this race.

No, Horty, I wouldn't have wanted it to be any different!

The video I took during the 2008 Hellgate, with comments and photos of so many dear friends. Timeless.

I get a lot of grief for taking video and pics out on the trail, but 2013's photos reminded me why I do it. Here are some highlights!

January ~ New Year's Day Run in the SNP with the Harrisonburg crew along Jones Falls. Can't wait to do it again tomorrow! 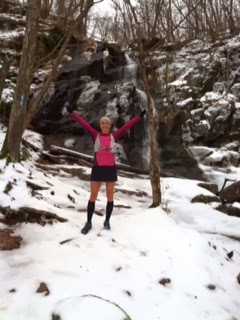 February ~ Road trip with the VHTRC to the Uwharrie 40, one of my favorites races

April ~ means all lacrosse, all the time. My wonderful JV girls lacrosse team after a run on the Rivanna Trail. 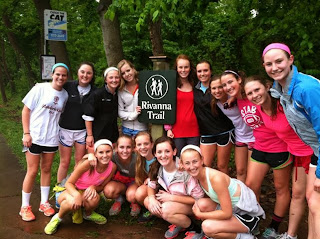 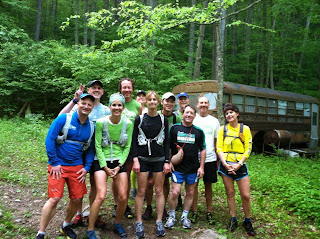 July ~ Friday's After Five in Charlottesville with SGG, and a surprise appearance by the SGG kids :-)

August ~ our family trip to Bald Head Island, the best week of the year.

September ~ the Odyssey 40 and back to school --- this year I am run-and bike-commuting! 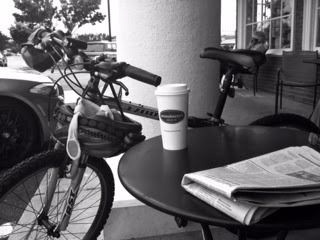 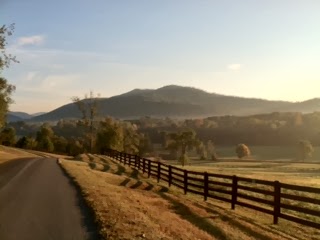 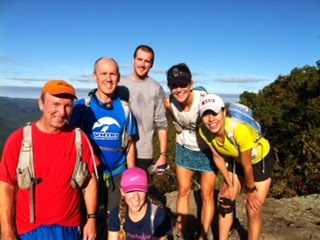 and with Anton Krupicka... 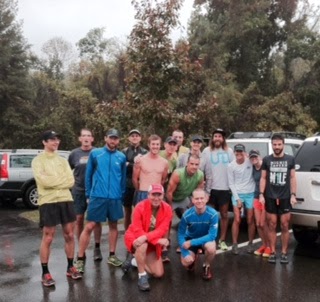 with the Richmond dirt chicks... 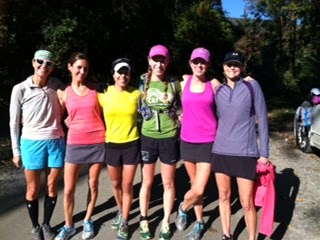 November ~ Mountain Masochist 50: This photo of Harry Landers, finishing his first 50 to the cheers of his beautiful wife Janis, is my favorite of the year! 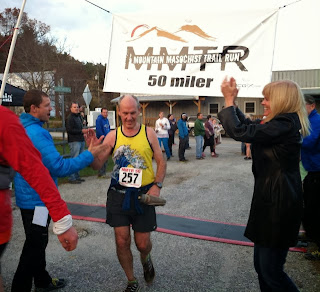 and this one is close behind:

Hanging with some of my people...
The view from the highest point on the Masochist course... 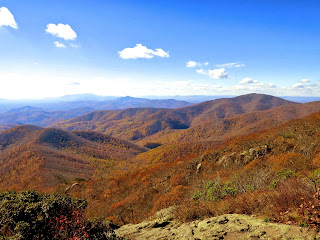 and the spectacular foliage we ran through during the race... 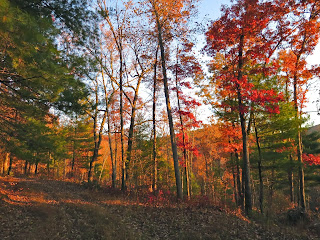 December ~ Christmas with our kids, all home from college 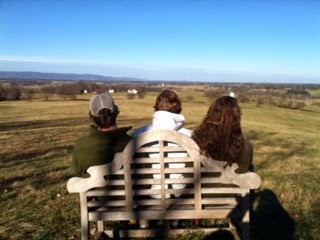 and running with the girls on the Thomas Jefferson 100K course 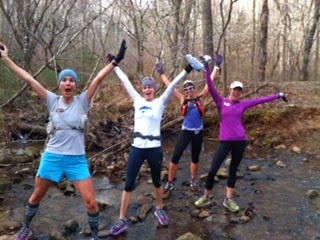 Who knows, but here are my goals and plans, if it all comes together: stay injury-free, run a PR at Holiday Lake, volunteer at the inaugural Thomas Jefferson 100K, watch my son play his last season of college lacrosse, tour colleges with my daughter, run a girl's only adventure stage run, and finish Masochist (my 8th) and Hellgate (my 9th)... Lots of changes afoot in the Speidel house, but we are looking forward to the adventure.

Life is good...wishing everyone a Healthy and Happy New Year!

Great post and I love the the first picture!